For Christmas this last year, my wife Christina surprised me with an incredible gift: she had full-size movie posters for all 12 films designed, printed, and framed for me.  Needless to say, they turned out incredible.  They were designed by our friend Daniel Benitez, and he did a fantastic job of giving each one its own unique style and look. 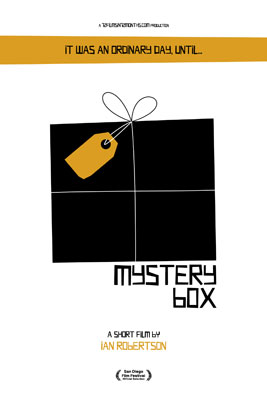 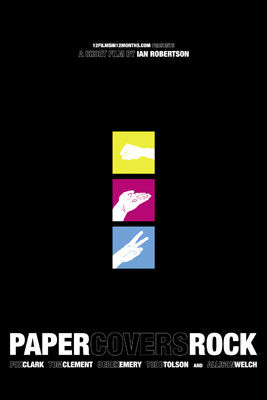 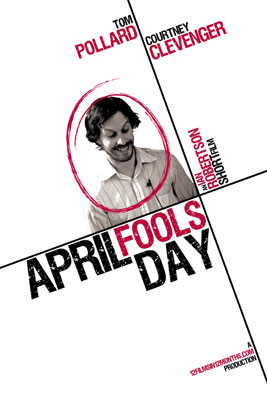 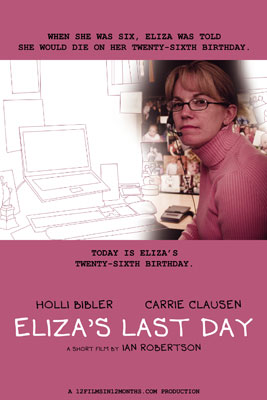 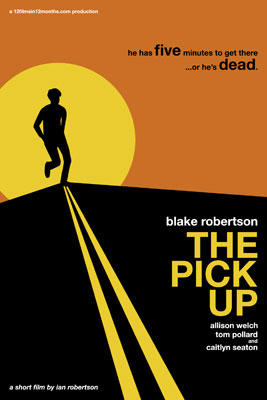 Film #8: No Rest For The Weary 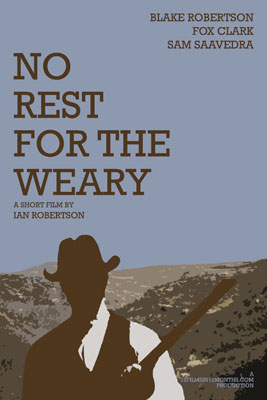 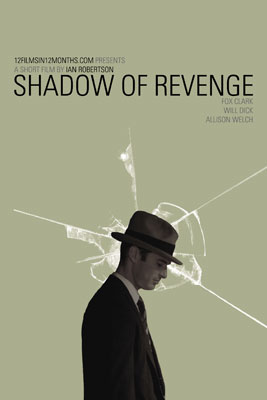 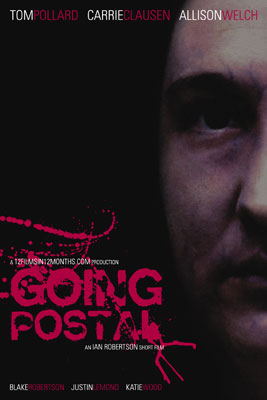 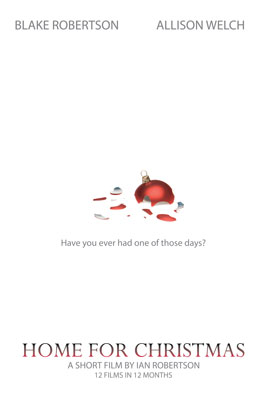 So, chances are that if you’re visiting this site today, you’ve come to see if my fourth short film of the year has been posted. And upon seeing that it has not, you might find yourself thinking, “I wonder if Ian slacked off for the second month in a row and doesn’t have his April film done by the end of April. That would be a shame.” And indeed, I have and it is.

The last few days ended up busier then I had anticipated and sadly, I haven’t been able to give enough time to editing to the film since we shot this last Sunday. But I am determined to get it done as quickly as I can and I’m planning on having it online by this upcoming Sunday, May 4. In the meantime enjoy some of the photos from the shoot as well as some of the random videos I’ve been posting all week in my Twitter feed.

Perhaps now I might have to consider changing my site’s subtitle, as Brian suggested I do last month (although I don’t quite know if I’ll use his suggestion line-for-line). Thanks for being patient everyone. 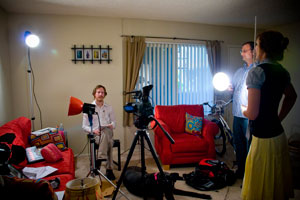 This last Sunday was the shoot for my fourth short film of the year and it all came together really well. We managed to stay mostly on schedule and get everything shot by the end of the day. While this film didn’t have as many individual shots as the last one, it had it’s own challenges including longer shots, a lot more camera movement, and the fact that it was shot primarily hand-held. The film stars Tom Pollard and Courtney Clevenger who both did a great job in their respective roles. They also both filled in as crew alongside my friend Chris and my dad, Bruce.

We got together at around 1:30pm to get started with the shoot. The first series of shots were the most time-consuming by far because they required the most equipment and setup. We set up everything in my apartment to shoot some interview scenes with both Tom and Courtney and as I’ve mentioned before, my apartment doesn’t always fill with a lot of natural light. Fortunately, Tom had some lights that he was able to bring along with him for this setup; and so we set about completely rearranging all of the furniture in my living room, double-checking the fuse box, and getting everything set up for the interviews.

One of the more ridiculous things is that my Great Dane, Darby, not wanting to be left out of the excitement, spent the majority of the shoot laying in the middle of the room just out of camera range. I posted some pictures to Flickr from the day and you can see her next to the tripod in a couple of the shots. I don’t know if she just wanted to be warmed by the lights or felt the need to not be left out of whatever was happening, but fortunately she mostly managed to stay out of the way. But speaking of the warm lights, my apartment was roasting. I don’t know if you heard, but it was hot in San Diego this last weekend. Add that to hot lights, closed windows, and turning the AC off and it got very hot in my little apartment.

After we were finished shooting in the apartment, we shot a number of scenes driving around in a car. We all piled into my wife’s Jetta and drove around my neighborhood while Tom and Courtney ran through their lines. Again , it was really hot with closed windows and no AC but Tom and Courtney did a fantastic job. And Chris did a great job keeping me organized and slating the shots from the back seat behind me. Once we finished in the car, we shot a couple exteriors at a sandwich shop and parking lot; and then finished up the day shooting a few scenes on the front porch of my parents’ house. All in all, it was a good day and I’m excited about some of the shots. Thanks again to everyone who was part of it.

Sorry about the blog silence over the last couple of weeks.  I realize I haven’t posted much recently, but film #4 is underway and on-track.  Although it will be cutting it a little tight, I’m going to be shooting the film this Sunday afternoon and then editing like crazy during the first half of next week to get it done by the end of the month.

For anyone curious, this month I’m producing the film in the style of a documentary with a story that centers on a professional April Fools Day prankster (’tis the month after all).  It should be a lot of fun.